The City Election Superintendent is responsible for the elections held within the corporate limits of the City of McRae-Helena. The City uses the Georgia Election Code, Georgia State Election Board rules, and U.S. Justice Department regulations as guidelines. 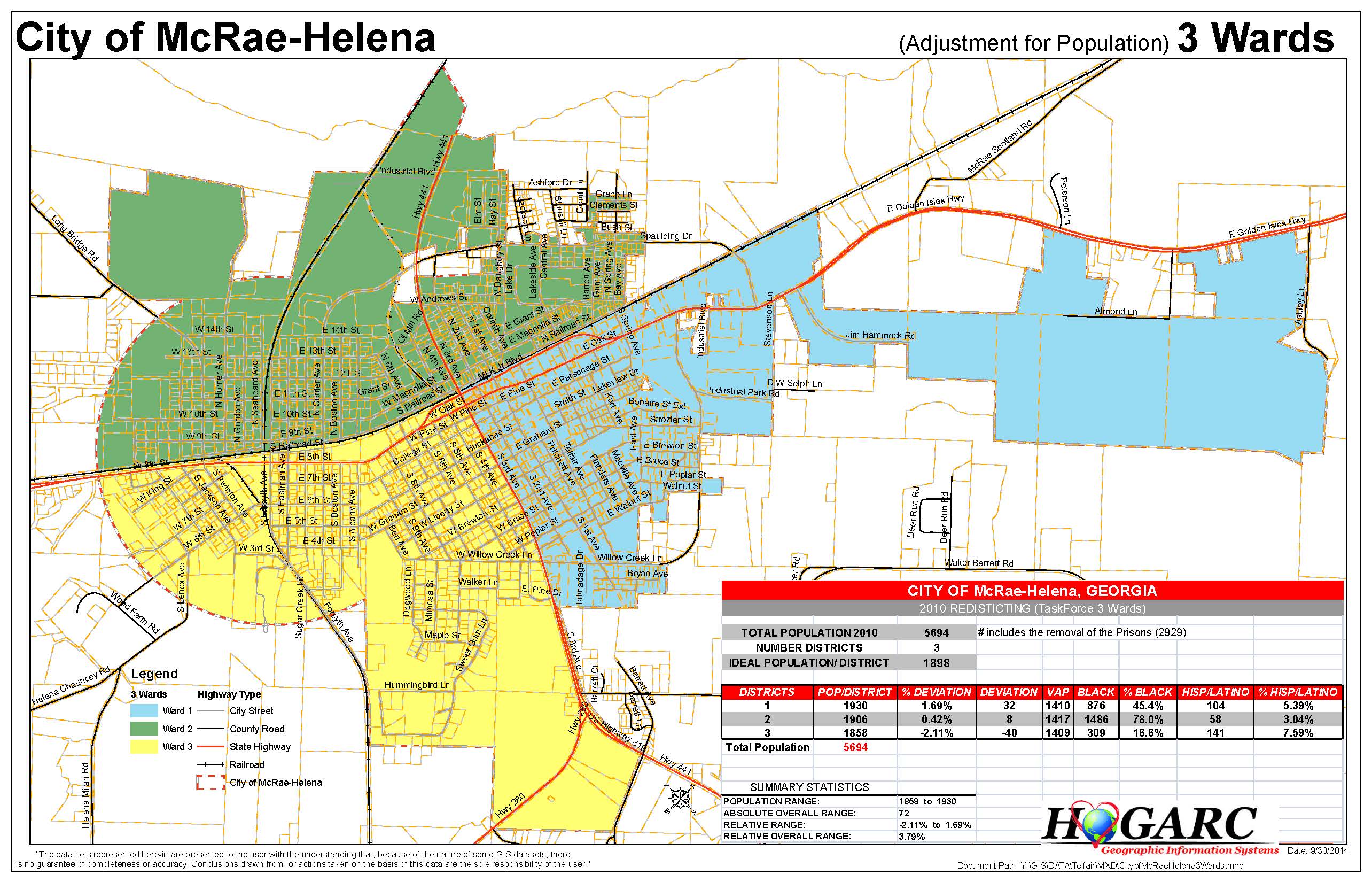 The City is divided into three wards with two Councilmembers representing each district. The Mayor is an at-large position. Municipal general elections are held every two years.

Special elections will be posted on this page as they are announced.