Mayor Mike Young has been involved in local government for 15 years. He  served as a Councilmember of the former City of Helena for eight years.  In 2012, he began his first term as Mayor of Helena. On January 1, 2015, he became the first Mayor of the new City of McRae-Helena. He has also been a firefighter for the McRae-Helena area for 20 years and is a paramedic. 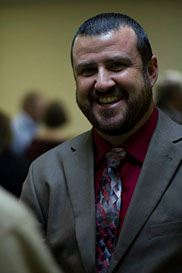